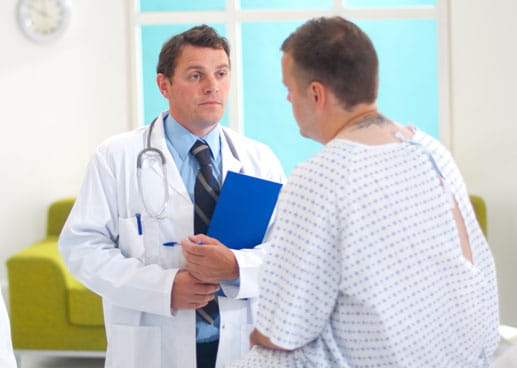 In two previous posts, I described my diagnosis and my experiences in ERs, clinics, doctor’s offices and hospitals. In my final post in this Healthcare series, I want to drill down into a purely Healthcare IT problem.

In IT years, I’m really, really old. Many of my friends and colleagues that started in this business at the same time have long-since moved on to other industries or interests. It seems there are few people in this game after age 55 or so. Pragmatically speaking, I think one IT employment year is equal to two or more employment years in other industries. I would venture to say that Hollywood starlets probably have a shorter shelf-life due to the attitudes and culture of that industry, but average career time in IT seems pretty short, too.

With that in mind, and as more of my peer group retires or wanders away, I find that I can say things about the past that almost no one will challenge any more. That can be fun in group settings with Millennials around. One thing that I’m fond of saying is “I had no idea how long that particular problem would hang around this industry without being solved.”

My best example of that point is what we used to call Sneaker Net. Sneaker Net was a derogatory term meant to humiliate our network technicians into improving their service levels. It referred to the fact that, due to outages, file size restrictions, virus scanning software or other annoying barriers that occurred when sending a file as an electronic attachment, it generally took less time to write a large file to a floppy disk (look it up) and walk it over to a colleague to load on their PC by hand. (As an aside, Sneaker Net still exists, but now uses thumb drives. I can’t count the number of networks that I’ve seen that think a 5MB file is the largest size that should ever be transmitted. My average PowerPoint presentation is between 8 and 22MB. Sneaker Net Lives!)

Besides just pointing out that I’m old, I really do have a point.

In my recent healthcare escapades, it was driven home to me that this same problem is alive, well and annoyingly pervasive in the healthcare patient records world. I call it GOBG (Gaping Open-Backed Gown) Net. It’s a tribute to the lovely, hospital-issued garment that we all get to wear when we’re admitted.

Let me explain. In any quest for a diagnosis, the typical patient changes providers or doctors multiple times. In my case, I’ve had this happen three times.

First, I had to gather all my MRIs, ultrasounds, blood tests, etc., from my family doctor and the imaging clinic that he uses to get them to my gastroenterologist. These three entities have a very intelligent, very reliable, very handsome information exchange network in place that exists to transfer these large image files and doctor’s reports — it’s me. My wife and I literally had to spend five hours driving between offices and waiting for disks to be written with the files on them. That was Patient Data Transfer Experience number one for me. And trust me, transferring records requires patience (see what I did there?).

Experience two was an almost identical story. In this case, we had to get my gastroenterologist’s records and tests to my new oncologist. Fortunately, we were smart enough to NOT let the gastroenterologist’s office have our original copies that we spent hours gathering (see above) and insisted that they had to copy the disks to their own systems. We got ourselves disliked for that, but it saved us hours in the second transfer.

Experience three is now in progress. My oncologist and my surgical oncologist are both leaving the teaching hospital that I’ve been treated at, and now I have to go find another oncologist in — you guessed it — another provider system. This time my current provider is making copies of everything and mailing them to my new doctor. Which I do appreciate. It only took three phone calls and filling out a non-PDF-editable form (download, print, fill in by hand, scan in, email back) — as well as four days and counting — to accomplish this.

All of these record transfers have happened within the last six months. Frankly, it’s exhausting. Hence my coining the term GOBG Net. Why would an industry want someone who should be concerned with their health and prognosis to have to make up for the industry’s shortcomings? And yes, the image I’m trying to create for you in your head is me walking the halls of American Medicine, gripping my large medical records folder with my backside hanging out. Have fun with THAT image.

So how does this get solved? It’s pretty simple, really. There are three parts to the problem.

One, hospitals need to have implemented Electronic Health Record (EHR) systems that collect and correlate a patient’s records. For the most part, that’s happened. According to www.modernhealthcare.com, U.S. hospitals went from 12% EHR adoption in 2009 to 96% adoption in 2016. The reason why? The federal government passed a law that paid out money to hospitals to implement an EHR.

Problem two? Well, that same law required “interoperability” of the EHRs and stats show that the providers are “sharing data.” But the stats belie the true state of things. All that’s being checked is whether information is flowing between the entities. They aren’t measuring whether it’s by EDI, Web-enabled apps, blockchain, carrier pigeon, snail mail or by GOBG Net. I’ll tell you right now that the vast majority of it is done in GOBG Net.

Problem three? Security. You need a simple, but unbreakable model that allows a patient to grant rights to view or copy data to their doctors or providers. You need to also allow patients to rescind those rights or have the rights decay over time. You need the information secured by biometric means (fingerprint or faceprint or a similar technique) because Millennials aren’t using passwords properly anymore (look it up, they just reuse the same ones over and over) and the systems should be set for the future, not just the present.

Is this vision executable? Oh yes. You can find a few provider systems that electronically share patient info. You can find companies (many of them blockchain-enabled) that tout their vision for patient record interchanges. You can find metric tons of PowerPoint slides that show that this is where the Healthcare industry needs to go. But it ain’t moving there anytime soon.

It’s time to have a U.S. Healthcare Patient Record and Information Exchange Standard and a governing body thereof. Form the group. Publish a standard. And require all serious EHR software companies to map to that standard — at least for raw data exchange. We’re not talking about rocket science here. You don’t have to solve every data-mapping issue. If you just accept that some of these exchanges will come with low-weight viewing apps (like most MRIs and ultrasound data files do today), you can accomplish 90-plus percent of what’s needed.

Healthcare — get off the dime. Close the gap. In my gown and in GOBG Net.

In 1981, Mr. Rucker spent his entire monthly salary on a TRS-80 Color Computer, taught himself to code and never looked back. Since then he has been a programmer, DBA, system designer, project manager, CIO, CTO and COO. Currently he serves as SVP of the Digital Applications & Information Management Practices at NTT DATA Services.